Crowned in the first month of 2019, sophomore Alexis Bland begins her journey with the
greatest kick off to the new year by winning the title of West Virginia Association of Fairs and Festivals queen.

Bland said that she has been working extremely hard over the past few years of
competing in pageants to mentally prepare to represent such a prestigious title. “There is a lot of hard work and travel planned for this year, but I couldn’t be more excited to get it started,” Bland said.

Bland is majoring in business at West Virginia University at Parkersburg; she says that
there are just endless opportunities with a business degree including being a business owner. In the near future, Bland wants to own her own business. However, she said that she is simultaneously taking classes to get her real estate license to one day work with rental properties and commercial real estate. In her free time, Bland said she enjoys singing and that she hopes to share her hobby with others during her reign as well.

After competing in her first pageant in 2016, at 16 years old, Bland said she was shy and
nervous with no self confidence. With the hope of becoming a 4-H princess after being involved with 4-H, Bland said she now not only gets to represent all of the “4-H’ers”, but also all of the fairs and festivals held in West Virginia, which have been extremely important to her growing up. “This title means the world to me and I plan to represent it to my best ability,” Bland said. 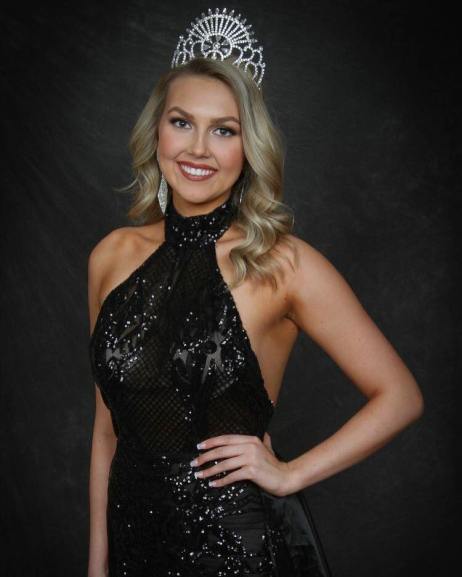 Along with winning the title comes the responsibility to stay active in the represented
community, Bland shares that her favorite volunteering event took place this past december at the West Virginia University Children’s Hospital where she decorated stockings with kids, made crafts and was able to collect enough donated items to fill their stockings with toys such as coloring books and stuffed animals. “This was such a fun event for me and the kids, and I can’t wait to go back to Morgantown soon and hang out with those kiddos again,” Bland said.

Bland has chosen to promote a platform that she is passionate about which is
Parkersburg’s opioid epidemic. Like most of West Virginia, Parkersburg has suffered from this and Bland says she wants to put an end to the epidemic and help those who need it. “As a community, this is something we can all help out with,” Bland said.
Bland hopes to inspire her community of Parkersburg this year as well. “Community
service has always been very important to me. It is a great way to get out into your community, meet new people and help those who need it,” Bland said. She hopes to inspire others to get out into their community as well.

“I have always dreamed of having the opportunity to represent West Virginia,” Bland said. Now that her dream has come true, Bland looks forward to traveling West Virginia this year to as many events as she can. “If anyone has any events or service projects they are planning, I would love to help out in any way possible,” Bland said. Alexis Bland’s reign as the 2019 West Virginia Association of Fairs and Festival queen has only began and she has big plans for a successful year ahead.

The views and opinions expressed in this publication are those of the authors and do not necessarily reflect the official policy or position of WVU Parkersburg, its employees or students.